Thanks to all the feedback we received from our previous post. Popular demand asked us to x-ray an Apple iPhone. The plan is to take a look at an iPhone 5 this week, and compare it to an iPhone 5S later. I think you’ll be surprised how much changed between these two smartphones. 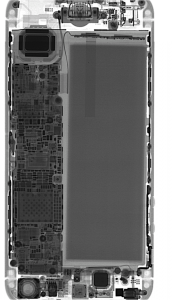 As usual, here are some interesting parts of the iPhone 5. 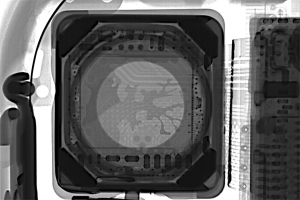 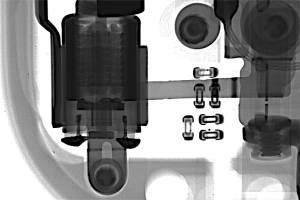 Perhaps one of the biggest surprises in the iPhone 5 was the new interface connector, the Lightning. This 8-pin connector is much smaller than the previous 30-pin dock connector. 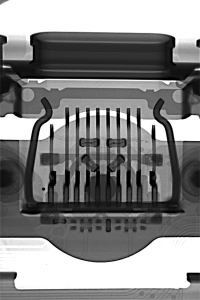 The audio jack also moved from the top of the iPhone to the bottom. In this x-ray image you can also see one of the 3 microphones in the unit. 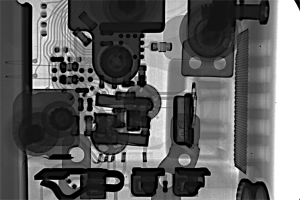 The other side of the Lightning connector is not as busy. Other than the antenna connection, the area is open as an acoustic channel for the loudspeaker. 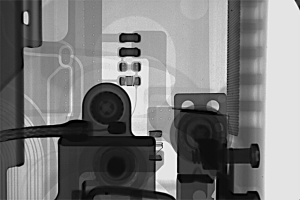 Talking about the loudspeaker, here it is on the right of the following x-ray image. The ball grid array you see near the edge of the PCB is a Qualcomm RTR8600 multi-band/mode RF transceiver. 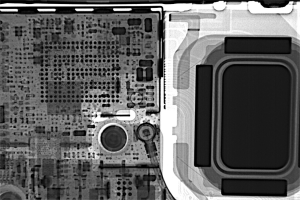 Center stage in the following x-ray image is Apple’s power management IC made by Dialog. Also visible here is the latch for the SIM card. 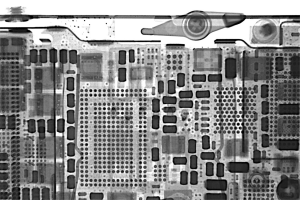 Finally, here’s the biggest IC inside the iPhone 5: Apple’s A6. 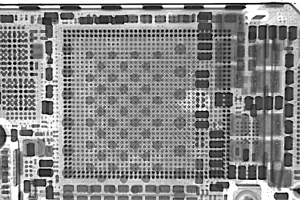 Let us know how you liked this teardown. As usual, leave your comments with the device you’d like to see next!

Mini me! Peek Inside the New Apple iPad Mini

A giant phone it is not, but the new iPad Mini is the latest compact tablet from Apple.  We got some early X-ray images of...

The word most associated with the new iPhone 13 updates seems to be “incremental,” but when it comes to Right to Repair, it might best...

We work hard everyday at Creative Electron, producing X-ray systems that serve a broad array of industries.  So, when our new friends at Veritasium invited...