“We are just an advanced breed of monkeys on a minor planet of a very average star. But we can understand the Universe. That makes us something very special.”-Stephen Hawking 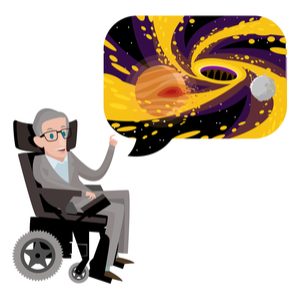 Steven Hawking may be most famous for his book “A Brief History of Time,” which posits theories over the nature of our universe. The book introduced cosmology to pop culture while exploring universal forces, particles, and origin stories. Additionally, Hawking’s enjoyed tenure at Cambridge University for his accomplishments in mathematics and physics.

At an early age, Hawking was diagnosed with the life-threatening Lou Gehrig’s disease which would impair his motor functions, and later rob him of speech. Steven Hawking prevailed despite his crippling illness, going on to be awarded dozens of medals for his scientific achievements, including being offered knighthood according to the BBC. He enjoyed celebrity as a genius of our time, enjoying guest star spots, and having his life biographed by movies and television.

Cleveland Rocked! What’s Next for the X-ray Van?

The Creative Electron X-ray Van, our tradeshow on wheels, just rock-n-rolled it's way through Cleveland.  It was such a popular ticket that we had to...